From Zero to Hero: Peter Thiel’s 3 Rules for Entrepreneurial Success When a successful serial entrepreneur has time to relax between projects, their thoughts may fold in on themselves and wander towards the special combination of values that helped them achieve so much. Entrepreneurs are highly organized people, and many, consciously or not, hold to a personal methodology or modus operandi which informs their continual push to challenge the status quo. The most successful and therefore celebrated entrepreneurs will even have enough momentum to expect that these thoughts will be well-received by the public, and so their next project inevitably turns into a book.

Personal anecdotes, habit-forming tips, and of course frequent reminders that victory comes with a heaping spoonful of hard work are standard fare here. However, there are few objects or beings who less deserve the ‘standard’ label than venture capitalist and entrepreneur Peter Thiel. Given the man’s well-known history as a founder of PayPal and original investor in Facebook, it’s no surprise that his book ‘From Zero to One: Notes on Startups, or How to Build the Future’ had a warm reception. Forget the book, however. It’s a testament to Thiel’s status as an alpha entrepreneur, that he personally coaches promising startup founders on how to absorb the information already held in its pages.

Even the best business ideas or theories won’t be put into action without calculated risk and supervision, and this is the thought behind the Thiel Fellowship, which selects deserving young entrepreneurs and funds their upstart ideas with $100,000 if they leave school to pursue them. Despite the criticism he’s received for decrying the secondary education system, Thiel is simply following the path to success that he knows is effective, and it has delivered in spades. His version of venture capitalism goes straight to the source, and it’s paid off big by identifying a few diamonds in the rough.

Ritesh Agarwal was one of those, and he said that the following three pieces of advice helped him turn his startup OYO into a hospitality company worth $5 billion.

Despite this rather dismissible platitude, ‘be unique’ is solid advice. No business can expect to survive if its product, service, or platform is identical to the competition. It’s about creating a niche for your offering or detecting a gap in the market where an audience isn’t being served by existing businesses. For this reason, it’s important to consider his three tips from the perspective of Agarwal, who had to apply Thiel’s advice but also steer it in a new direction based on what he knew the demands of the Indian market to be.

Instead of thinking in terms of AirBnB, Thiel helped him to focus on building an Indian-facing platform first. India’s growing middle class has unique needs, and Agarwal’s affordable yet standardized hotels and booking platform served them well. A big part of OYO is that his staff will train and even renovate spaces before welcoming them to the platform, ensuring controlled quality and also using incentives to gain market presence.

Imagine the trouble a 19-year-old would have breaking into the vicious energy industry, if she didn’t think big. Another of Thiel’s Fellows is Eden Full Goh, whose wider perspective on the energy industry and fascination with solar led her to drop out of her engineering program at Princeton to pursue SunSaluter. Her device uses gravity and a water clock to follow the sun each day, and to produce water as it rotates. Before Thiel, SunSaluter was a side-project, and he helped Full Goh to keep expanding its potential and eventually release it in 16 countries, boosting panel efficiency by 30% and creating 4 liters of water daily.

Thinking big is a quintessential part of the Thiel strategy and it is required by all Fellows inherently as it takes a pretty wide perspective to forgo college. However, remember that it may seem easy when you’re consecrated by the Fellowship, it’s not a blank check. Full Goh had to make significant efforts to keep her project’s momentum, as its board is comprised of volunteers, and those it helps most aren’t the key target audience.

In typical Thiel fashion, the first two components of his advice were notional and largely intangible, while the third goes straight to the heart of the practical businessperson. Culture is a key word when hiring in the current market. When studies show that millennials prioritize work-life balance over anything else when searching for a job, not addressing these growing trends—which together create a workplace culture—is death for a new business. Fellows who get lost in the clouds need to be grounded with this important tip.

It’s crucial to have a defined culture which matches the founder’s own; and describing one’s culture is a component of being a founder. In the book Zero to One, Thiel says “recruiting is a core competency”, and that outsourcing it is a dire mistake. It’s true that employees who appreciate the nuances of your company’s vibe are more likely to be productive and motivated. However, it’s also because being unable to verbalize your mission gives talented applicants no real reason to work for you instead of Google.

Are these tips always applicable in a changing business environment? Or are they a product of the unique brand of tech startup that propelled Thiel into the annals of Silicon Valley history? Thiel’s excellent, if cliché guidance is broad enough to deflect any scrutiny, but the masterstroke of his VC strategy is he can put it to the test through the Fellowship, whenever it selects and mentors a candidate. While he and others are able to let their money talk for them, at least Thiel is in the dirt with his proteges, and for his intriguing perspective remains a justifiably strong presence on the VC scene. 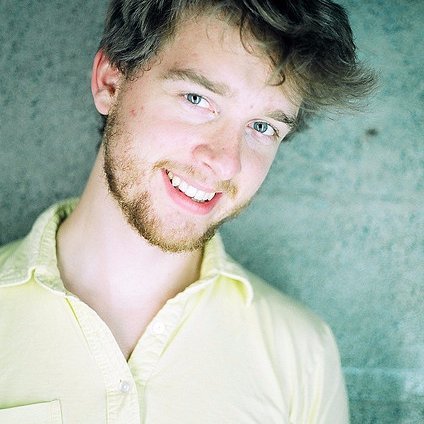 7 Thought Leaders You Should Be Following in 2019