Home » How to Turn Your Founder into a Thought Leader 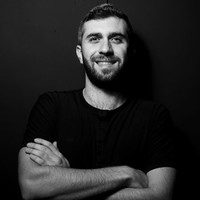 How to Turn Your Founder into a Thought Leader

Your founder may have some great leadership qualities that really help to drive forward your startup, however, if he or she wants to take their skills in leadership to the next level, they will need to be able to develop the characteristics and skills of a thought leader.

Once your founder manages to do this, they will be able to take your startup to the next level as it’s a known fact that a thought leader tends to be the individual that experiences the most success and occupies the highest esteem in their field.

With this in mind, we are going to be exploring the ways in which your startup founder can transform themselves from leader to thought leader.

To be a thought leader, your founder will have to be able to display a certain set of qualities that will set them apart as a thought leader and mean that others will value what they have to say.

If they don’t already possess these traits, they will have to find a way to develop them.

To become a thought leader, one of the most important things for you is that you actually love what you do. One of the main reasons for this is that a major part of being a thought leader will likely involve giving talks at conferences or by speaking on your area of expertise on podcasts and videos on social media.

(READ MORE: 7 Thought Leaders You Should Be Following in 2019)

When a person is talking about a certain subject, general audiences will be able to tell whether or not you care about your craft by analyzing your body language and the way in which you are speaking. If you do not care too much for what you are speaking about, you will naturally lack passion and people will immediately figure out that you don’t actually care about the subject and that you’re a sham.

It is very difficult to generate false passion when talking about something and very few people are able to do this. An example of a person that always shows passion when talking about their craft can be found in social media influencer and thought leader Gary Vaynerchuk. When delivering his content, he generally goes on well-informed, yet passionate rants which involve a fair amount of profanity. As the viewer, you can immediately get the impression that he cares about what he does.

You can view the following video as an example.

In the same way that a lot of people aren’t cut out to be leaders, there is an even bigger number of people that aren’t cut out to be thought leaders. The reason for this is that they need to already possess leadership qualities with the added need to have a “larger than life” personality and the charisma to actively engage people when speaking.

In fact, you need to be able to engage people so much that they don’t want to miss what you’re saying. This is especially true if you are looking to bring people over to your way of thinking. This type of personality normally takes shape early on for natural leaders, however, if you don’t display this trait you can still learn to by using your more inspiration experiences as fuel.

One great example of a thought leader who oozed with charisma and was engaging when speaking could be found in the late CEO and founder of Apple, Steve Jobs. Whenever Jobs spoke, he did so with purpose and inspired audiences wherever he went through his infectious passion and his own inspirational life story. A great video showing this can be found in his 2005 speech at Stanford University.

A High Degree of Self-Belief

Another important aspect of a thought leader is that they have to believe in themselves. This is especially important as to be a thought leader, a person has to command respect from their peers and the public about their ability in their field and one of the best ways to do this is to have absolute conviction in one’s beliefs.

If someone doesn’t believe in themselves all that much, that will show when the person is questioned on their relevant field and this can lead to a lack of confidence by people who would listen to that individual speaking. They will be thinking “If this person doesn’t believe what they’re saying, why should I?” As well as this, a person with low self-belief is less likely to do well when being challenged by their peers, which will effectively stop that person from presenting themselves as a thought leader.

One perfect example of a thought leader expressing a high level of self-belief can be found when tech magnate Elon Musk made a bet with the local government in Southern Australia in 2017, which was being plagued by blackouts at the time. Musk bet that he could build the world’s largest lithium-ion battery in one hundred days for the state and if he could not, he would give it to them completely for free. Musk eventually won the bet and the battery was completed within the time limit.

You could ask almost anyone on the street who Elon Musk is and they’d probably be able to tell you, he is one of the most well-known thought leaders in the world.

One of the biggest things about thought leaders that makes people gravitate towards them is that they are genuine. People want to feel a connection with the inspirational leader that is talking to them and one of the best ways to establish this connection, is to be yourself (the best version of yourself).

Thought leaders need to seem trustworthy and when people listen to them, they are more likely to pay heed to what they are saying if they trust the person who is speaking to them. A good thought leader knows this and regularly talks from the heart, rather than from pre-written scripts and cliches and in return, people trust them more.

A perfect example of a thought leader and company CEO that inspires trust in the people they speak to can be found in Google CEO Sundar Pichai, who topped the Global CEO RepTrak in 2018. The RepTrak keeps a list of the world’s most reputable CEOs and Pichai regularly tops the list. The reason for this is that he regularly weighs in on social issues, consistently standing up for equality and diversity in situations where wrongdoing is taking place.

How to Display Thought Leadership

One of the keys to being seen as a genuine thought leader is to create content that is not only informative but is also engaging and eye-catching for your audience. To do this, you will need to identify your target audience and produce the content that is most likely to pique their interest. If your audience is people that are more technologically minded, you may prefer to produce vlogs or webinars, whereas if your audience isn’t technologically minded, you may wish to produce your content as a series of traditional blogs. You can also use analytics to find what type of content is most engaging for your audience and make use of that when creating further content.

As previously mentioned, your content will need to be intelligent and informative. To do this, you will need to make sure that what you are saying is factually correct, but also seems to add value to the lives of the people that are listening to or watching it.

When creating your content, you should make sure that in each of your posts, vlog, webinar or whatever it may, you impart significant amounts of useful, expert information to your audience. This will help you to stand out from the crowd and seem less like someone trying to market themselves and more like a genuine thought leader.

Make Effective Use of Your Own Media

If you’re looking to turn your founder into a thought leader, then you should have an already-established media presence through your own mediums. This means that you should be regularly featuring your best content on your website, your social media platforms and you should also make use of paid advertising to maximize your audience outreach.

One of the main benefits of creating your own media is that you get to control every aspect of it. You will be able to control who will see it, where they will see it and when they will see it. The best thought leaders learn how to use this to their advantage by timing their insight with current events to create maximum engagement by covering the talking points of the day.

Your founder should liaise heavily with your marketing team so that they can do this to the greatest level of impact.

Broadcast Your “Thoughts” on Outlets That Aren’t Your Own

When you’re looking to position yourself as a thought leader, you will need to step outside of your own sphere of influence to be taken seriously. This is because you can have the best opinions, content and a great method of sharing your expertise, however, if you only stick to your own media channels, your viewer numbers will not grow as great as you expect them to.

This means that you should also try to contribute guest posts on reputable media outlets, do interviews, feature on other people’s podcasts, create press releases and carry out public talks. This helps to ensure that your content and your ideas are reaching a wider audience by virtue of them being featured on news outlets and platforms that are outside of your own sphere of influence. Your exposure to a wider audience will help you to gain more of a following and you will be taken more seriously as a thought leader because of it.

How to Turn Your Founder...
Discover New Tools Google, I Want My Cheesecake and I Want It Now Founder Story: Why I launched SlidesCarnival 3 Key Lessons I Learned While Building And Scaling a Startup